We inform our kind customers that the Hotel Villa Riis is closed for this 2021 summer season due to renovation works to be completed.

We apologize to our regular customers and everyone else for the inconvenience.

The opening date scheduled for the next season is June 2022.

Thanks for your cooperation

One of the places in Sicily with the most relevant historical and natural value thanks to the beauty of its historical sights and sea scenery.

With the turistic explosion in 1950’s and 1960’s the city has enlarged its borders and new hotels and services were born.

Taormina has become popular between poets, artists, intellectuals, musicians, and singers of international fame. As a recall, the international Film Festival is held each year in The Greek Theatre of Taormina.

The mild climate, the natural beauties such as Isola Bella, Capo S’Andrea, Baia Mazzarò, Baia delle Sirene and the outstanding scenery creates together the unique package ready to be explored.

Places to be seen in Taormina

The building was named after the Corvaja family, one of the most antic noble family in the town, whose members were politically and culturally very active in the past. 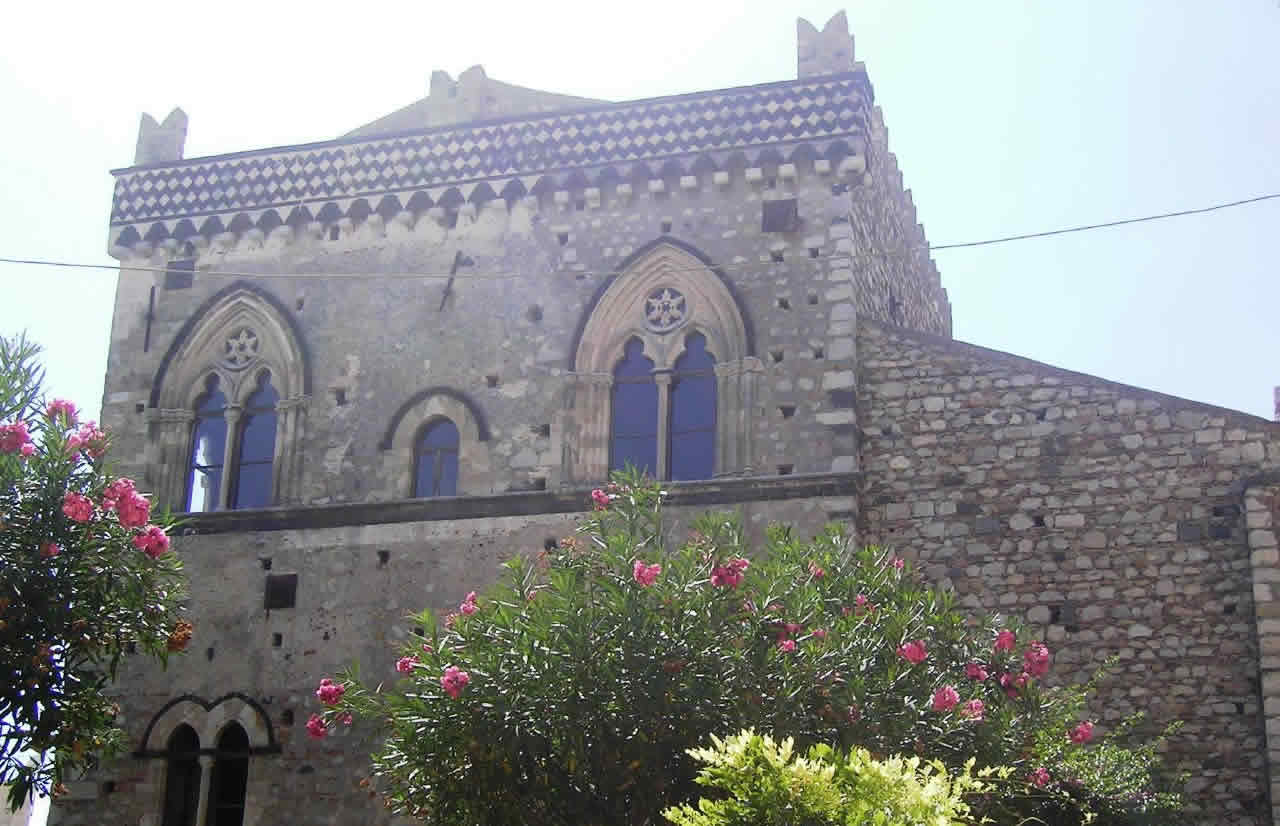 The green angle famous for its various tropical plants and the outstanding sea and Etna Mountain view. The green paradise was a desire of the noble English woman called Florence Trevelyan who has donated the creation of the park, which has been created in the real city centre. 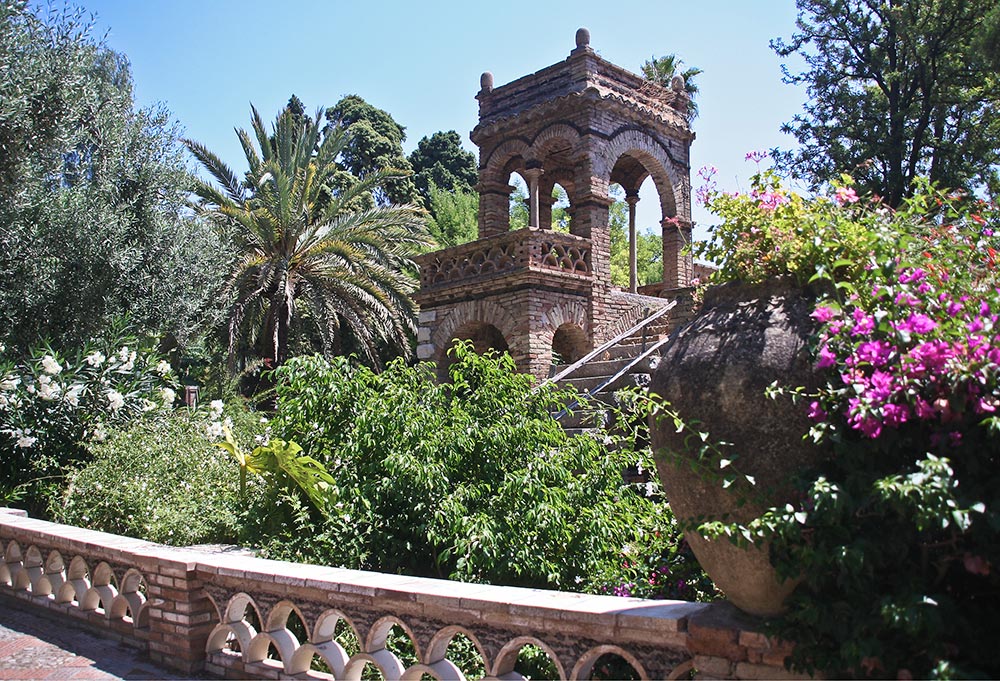 The antic theatre offers a breathtaking view on the Naxos harbour, Calabria and Etna Mountain. The international film festival, concerts, operas and many other cultural events take place here each year to enrich the social life in Taormina. 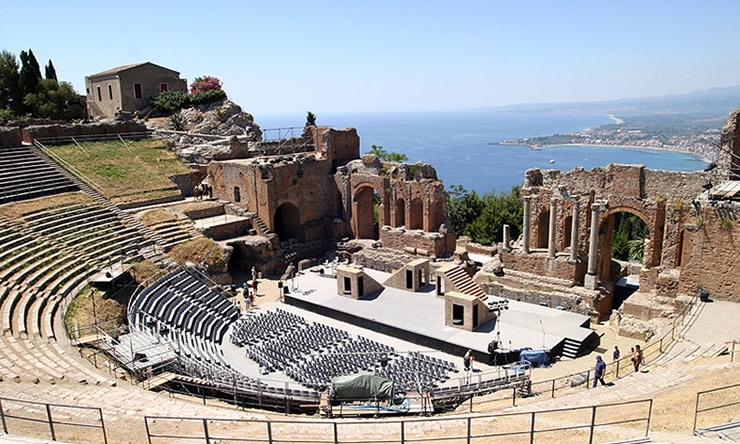 The small island that makes part of the Taormina separated from the cost by a small beach that disappear time to time in the sea. It is called “ The Pearl of the Mediterranean Sea “. 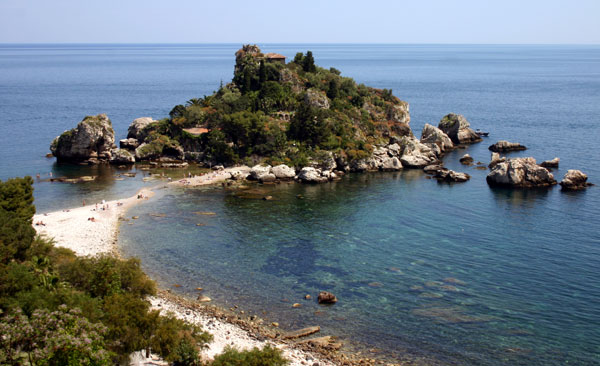 The small country upon the Taormina which can be reached by the walk using stairs that connects Taormina and Castelmola. 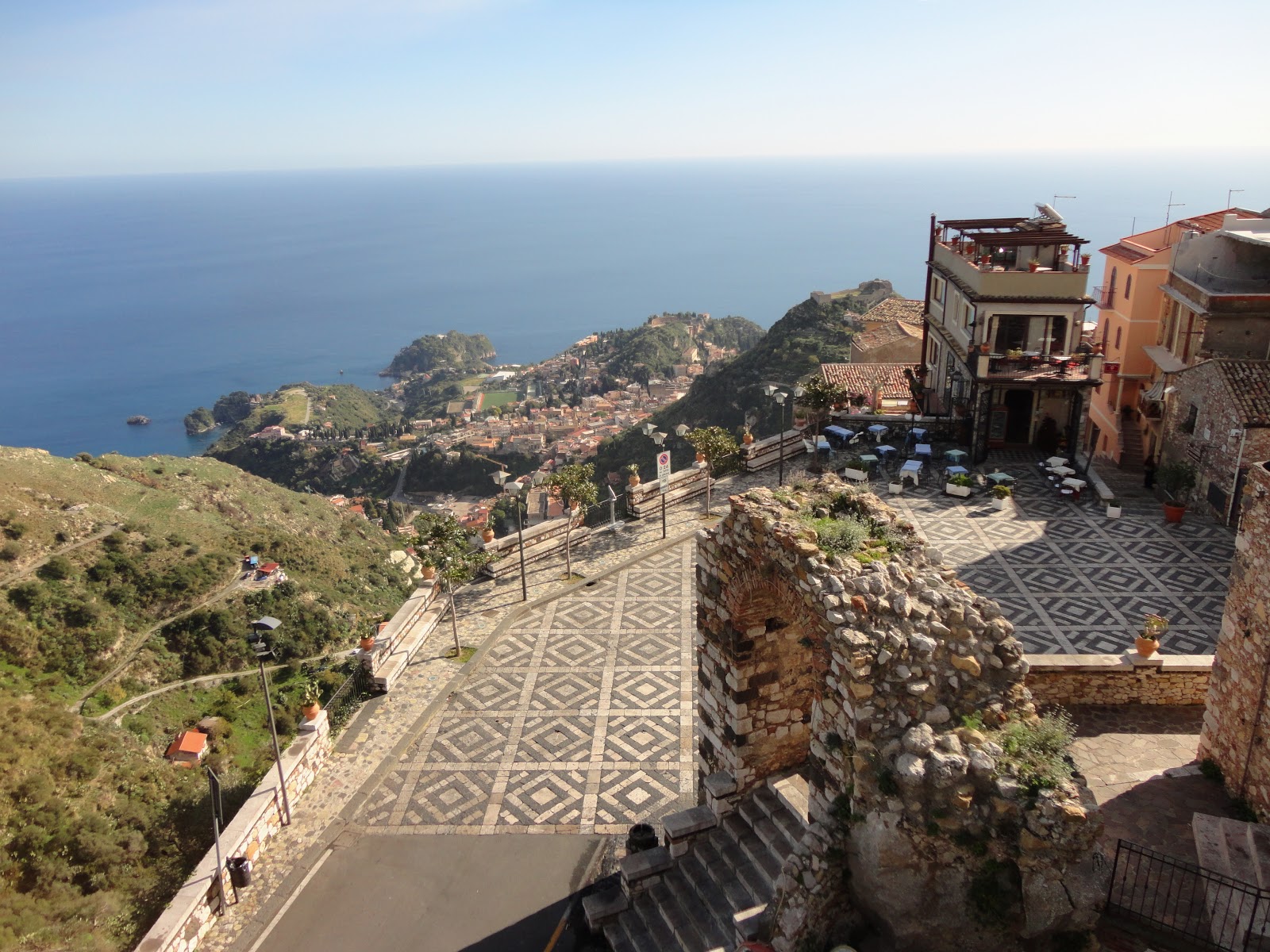